You may know it as one of the main ingredients in incense, but there is a lot more to frankincense essential oil than its fresh scent.

Sourced from the Boswellia family of trees, which are native to the southern end of the Arabian Peninsula, frankincense is a resin that “bleeds” from the bark when the tree is slashed or cut. Farmers allow the resin to harden into what they call “tears,” and then scrape the sap off for use. It can be used as is, in its hardened state, ground into a powder, or steamed to produce frankincense essential oil.

The product was in such high demand in ancient cultures that it became very expensive, vaulting southern Arabia into an area known as “Arabia the Blessed.” In addition to being used in incense, perfumes, and for religious ceremonies and burials, frankincense was also known for its medicinal properties.

Quality varies, and trees that are well cared for often produce finer resin. The best kinds are opaque white, or semi-translucent white with shades of lemon or light amber. Frankincense from India is the exception, considered best when golden to golden-brown.

1—SOME BELIEVED IT WAS PROTECTED BY DRAGONS

Perhaps to keep others from encroaching on their livelihood, those who grew the Boswellia trees were happy to spread the rumor that their land was protected by dragons. Ancient Greek writer Herodotus (5th century B.C.) wrote: “Arabia is the only country which produces frankincense, myrrh, cassia, and cinnamon… the trees bearing the frankincense are guarded by winged serpents of small size and various colors.”

Because it was more valuable than gold at one time, legend had it that the trees from which frankincense came were guarded by dragon-like creatures that were happy to fend off any intruders. According to Appleton’s Popular Science Monthly, published in 1896, so precious was frankincense that “the old Sabaean merchants invented marvelous stories of genii and dragons guarding the trees and of the woods exhaling deadly odors, in order to protect them from too curious and enterprising trespassers.”

We can relate. There are days that we don’t want to share our chocolate and feel tempted to warn people that there are cockroaches in our desk. But that’s beside the point…

2—THE RESIN IS EDIBLE

Whether in its hardened state or as oil, frankincense is edible. Ancient cultures chewed it like gum, and used it to treat digestive ailments and to boost the immune system. Edible versions are supposed to be “pure,” meaning of translucent color, with no dark-colored impurities.

Frankincense has long been used to drive away mosquitoes and other disease-carrying insects. Mosquitos don’t like it.

Burning it keeps these bugs away. The Egyptians fumigated wheat silos and repelled wheat moths with it. In addition to burning it, you can also apply it directly to skin.

4—IT MAY HELP EASE YOUR MIND

Try adding a few drops to your warm bath to relieve stress, or burn a bit of incense in your office.

5—WOMEN USED IT TO MAKE EYELINER

Think makeup is only a modern-day invention? Think again. Ancient Egyptian women used frankincense to create their famous heavy black “kohl” eyeliner. They charred it first, and then ground it into a powder that they applied to their eyelids.

Frankincense was used historically for the teeth. You can still find frankincense in toothpaste today. So if you’re making your own DIY toothpaste, consider using some frankincense essential oil in it!

Herbalists prize Frankincense for its abilities. It’s also a good option for those with oily skin. Combine it with a carrier oil to help moisturize and reduce the appearance of fine lines. 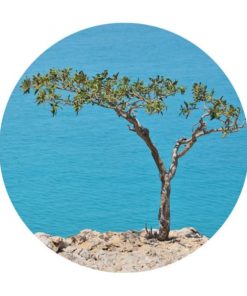 The skincare brand you need to know: Leahlani

We all want to feel the confidence and carefree attitude of a sun-kissed Hawaii day. [...]

4 Reasons Why You Should Treat Your Problematic Scalp Naturally

If you're dealing with a problematic scalp, there are plenty of reasons to seek relief [...]

The weather is heating up and that means summer is on the way! Get your [...]