Our “underarms are akin to lush rain forests brimming with diversity…”

Science has recently elevated the modest underarm to a unique and vital body micro-climate. Its dark, warm dampness is the ideal environment for thousands of unique dermal bacteria, many of which are important for our health and immunity. Sweat is the body’s precious and cooling dew of fun play, heart- pumping movement and steamy soaks in the sauna. Some of the bacteria that thrive in the underarm feast on sweat, and one of the by-products of this banquet is scent or odor.

The Aphrodisiac in Your Armpit

Our sweat-scent is as original as our fingerprint, revealing our gender, fertility, health and diet and diffusing our personal pheromone calling-card. In the 16th century, long before the Age of Deodorant, people were intoxicated by the scent of a loved one moist with fresh sweat. Victorian women would hold peeled apples in their armpits until saturated with sweat, and then wrap ribbons around the apples and present them to their sweethearts to savor. Young gentlemen also learned to use their scent to attract young ladies by tucking kerchiefs in their armpits and waving these cloth scent-holders in the air near the ladies, releasing their pheromones to excite female interest.

While Napoleon Bonaparte begged his beloved Josephine not to bathe for three days so he could revel in her natural aroma, the lovers’ noses of today are led astray by “aromatic paranoia,”ii conditioned by the cosmetics industry to prefer a sterilized and artificial scent over a natural scent. 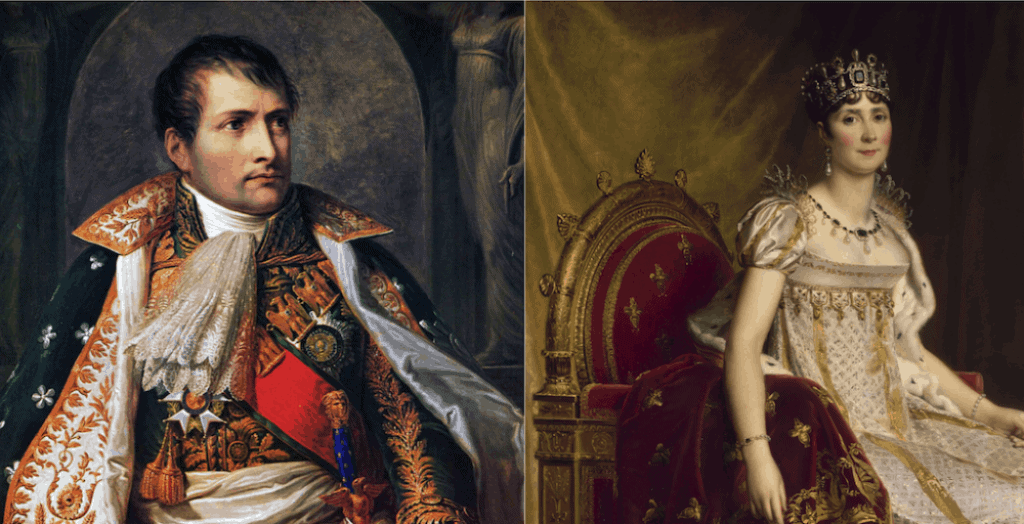 Smell is a potent wizard that transports us across thousands of miles and all the years we have lived… Even as I think of smells, my nose is full of scents that start awake sweet memories of summers gone and ripening fields far away. ~ Helen Keller 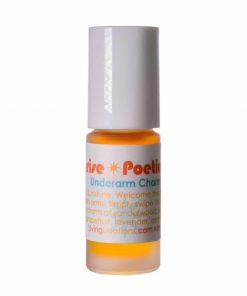 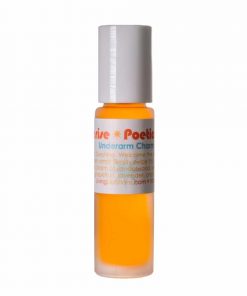 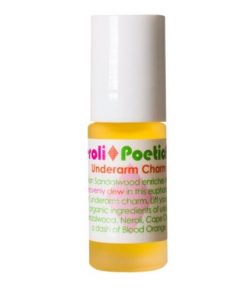 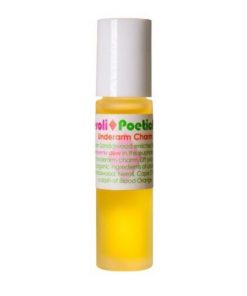 The armpit is an organ, cradling life-essential lymph nodes and glands. Unbefitting for an organ, the ingredients in deodorants and antiperspirants are largely formulated for corporate profit over consumer health. In an article entitled, “Underarm cosmetics and breast cancer,” The Journal of Applied Toxicology reported that there are “…unexplained clinical observations showing a disproportionately high incidence of breast cancer in the upper outer quadrant of the breast, just the local area to which these cosmetics [deodorants/antiperspirants] are applied.”

Before we spray, roll and rub lotions and potions under our arms, perhaps we should sweat the small stuff by first considering the chemical substances that comprise antiperspirant deodorants.

Here is the ingredient list of a well-known deodorant-antiperspirant:

Moreover, the people responsible for harvesting the castor seed are exposed to a serious health risk; castor contains highly toxic ricin that can cause permanent nerve damage.

Frequently, PEG is added to hydrogenated castor oil, and is listed as PEG#

Some studies have linked PEG to leukemia as well as uterine, breast and brain cancers.

Touted as a safe alternative to antiperspirants, crystal deodorant stones have gained popularity over the last few years and are readily available in health food stores. Unbeknownst to consumers, these crystal deodorants are made from alum, and the alum most widely used in the cosmetics industry is potassium aluminum sulfate. Aluminum, again! 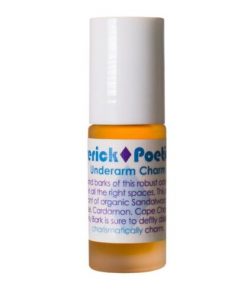 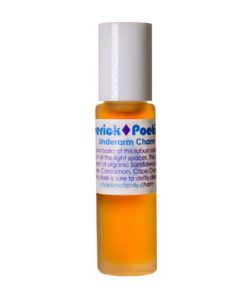 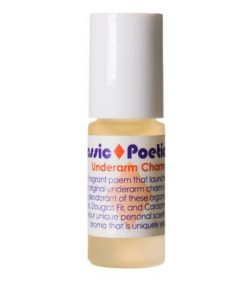 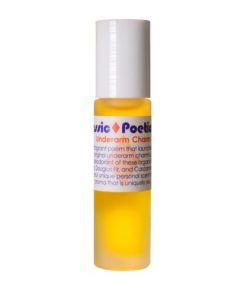 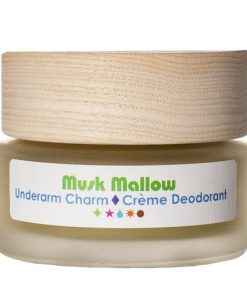 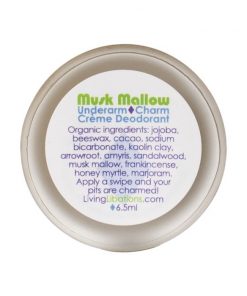 Embrace the Sweetness of Your Sweat

Sweat is a vital bodily process, and the quality of the odor of our sweat may be an indicator of health. The kidneys, liver and gut are designed to eliminate toxins and waste products from the body. Sluggish digestion, improper hydration as well as impaired kidney or liver function causes a back-up of waste in the body that is then released in the sweat, giving it an unpleasant odor. A great first step to sweet smelling sweat is to keep the digestive system cleared out by eating a colorful, organic whole-foods diet including probiotics and fermented food.

Also, unbalanced hormones stemming from issues with the adrenal gland may increase sweat and body odor. By passing on birth control pills and limiting exposure to hormone-disrupting chemicals, like fluoride, the adrenal gland will be free to regulate the natural flow of hormones.

Instead of masking odor or plugging up sweat glands, we can rely on nature’s beautiful plant botanicals to charm, not harm, the underarm. Essential oils harmonize with our bodies, our sweat, and our natural skin bacteria. Sandalwood essential oil, distilled from the inner bark of the sandalwood tree, is especially beautiful; it has an affinity for the armpit because it contains phyto-androgen, a substance similar to the androgen exuded by our armpits. Its warm scent smells beautiful on people, and it is the inspiration for Poetic Pits, our underarm libation that turns your sweat into sensual aroma. 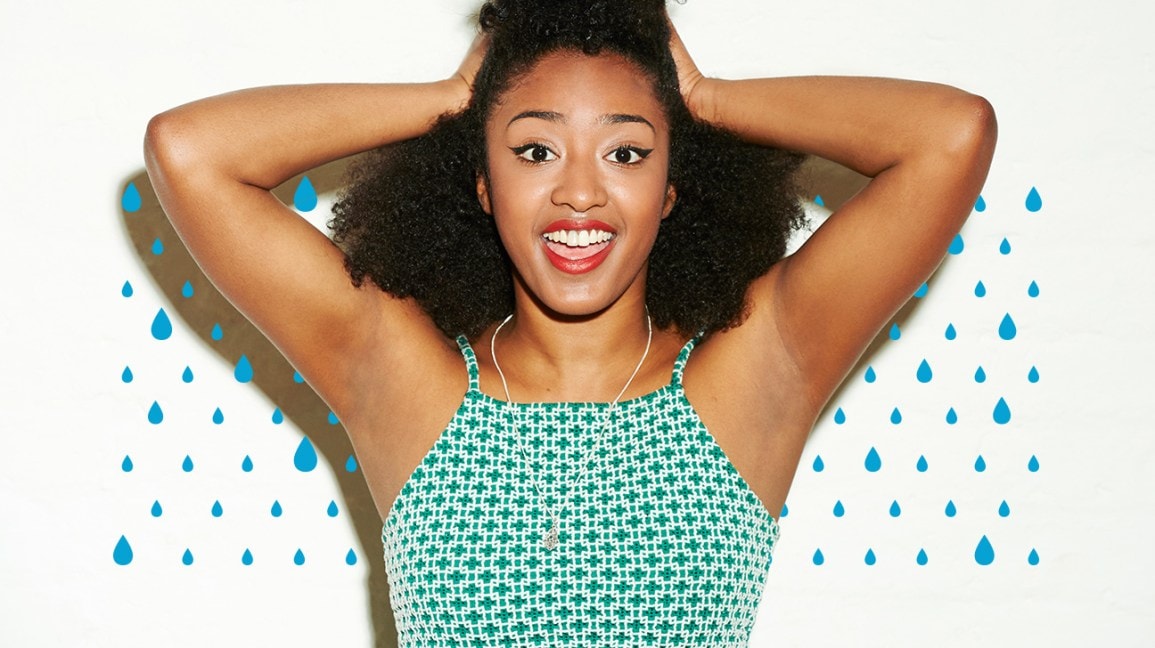 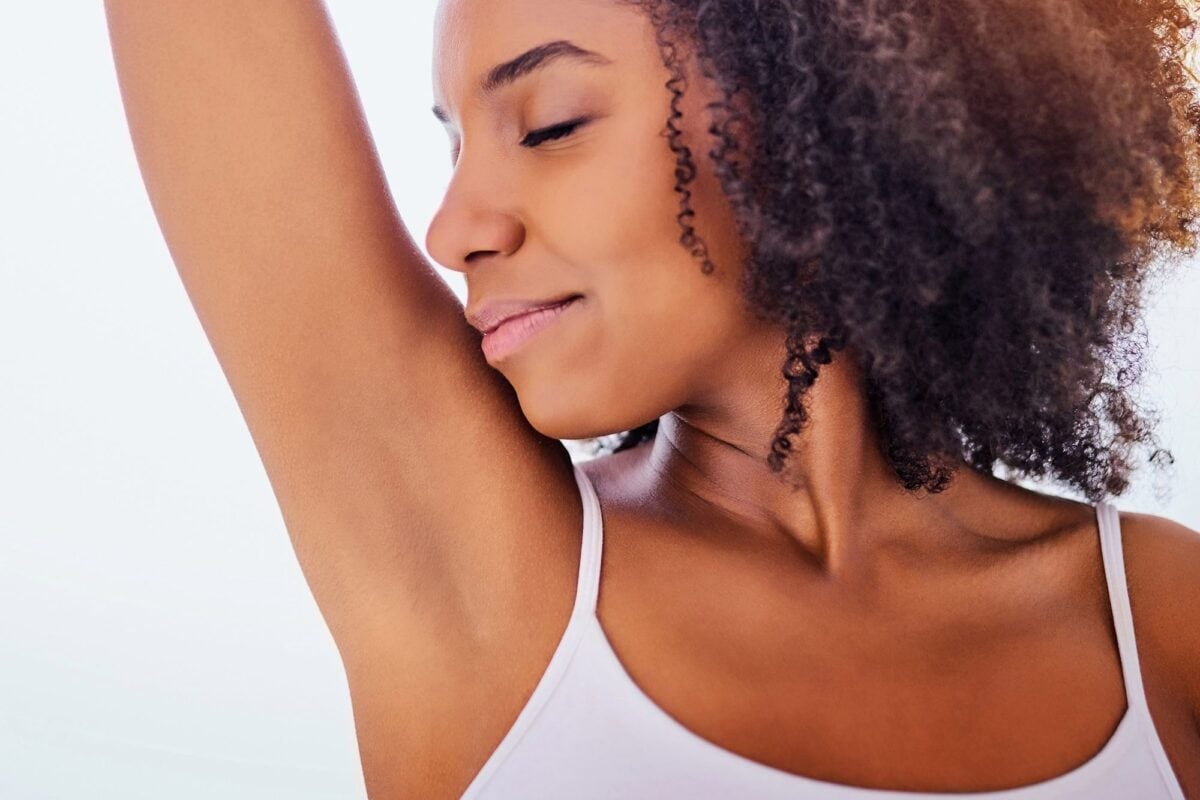 Baking soda, a staple in every kitchen pantry, is also a wonderful body freshener. Dust a clean armpit with baking soda, or tune in to your inner mixologist, and make your own sweat-sweetening balm.

According to the FDA, synthetic fragrances may cause headaches, dizziness, allergic rashes, skin discoloration, violent coughing, vomiting and skin irritation. Clinical observation shows fragrances can affect the central nervous system, causing depression, hyperactivity and irritability. Some of these chemicals are used in pesticides. Others are proven estrogenic and potential carcinogens, especially for the breast.

Combine in a lidded glass jar:

Another option: simply use a drop of pure undiluted sandalwood for each armpit.

An even more simple solution, especially appealing for sun-lovers, is to give your pits a daily sunbath. The golden rays of the sun are effective anti-bacterial agents, cleaning the armpits while also raising your daily vitamin D intake.

We can liberate our sweat from the “small stuff” and free our noses to enjoy exquisitely natural scents. In doing so, we keep ourselves and our loved ones in harmony and health.