End of may / early June white hats will start pop up on top of green bushes and trees all around Europe. Tons of tiny flowers create a mighty umbels, which resemble a flat white umbrella, growing in between the green leaves. If you take the time to get a bit closer with eyes& nose, their sweet smell will charm you as well as the perfection of the star-shaped flowers. 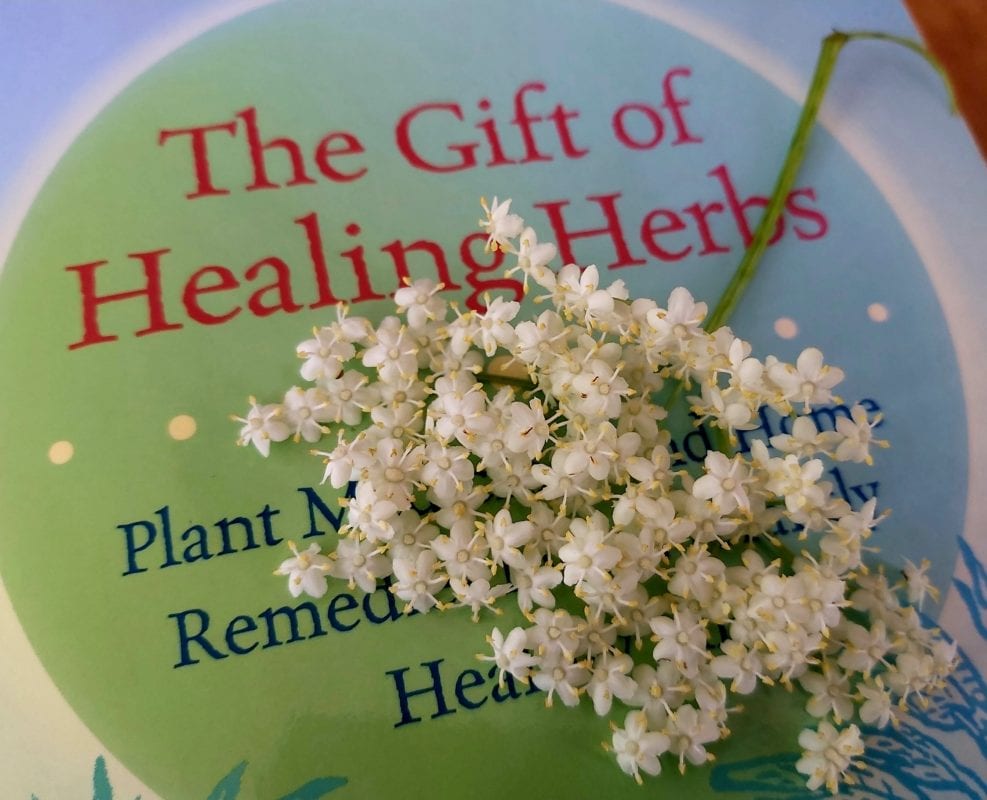 Since a long time the crowns of the elderflower have been gathered. Some are dunked in batter and fried, while others find their way into refreshing lemonade, cordials, wines or bottles of fermented fizz. By August those pollinated flowers that remain will have transformed into berries that ripen from green to deep purple.

In the Anglo-Saxons folklore it is believed if you fell asleep under an elder tree in full bloom, you would be invited into the world of the fairies and be protected from evil spirits. Anglo-Saxons also believed that if an elder was removed it would be replaced by a witch. In Scandinavia, the flowers are used far more frequently than the berries.

Every part of the elder tree is medicinal, but the flowers and the berries are the most frequently used and safest parts to use internally. Elder blossoms are antiviral and can be used for head colds, for problems with skin, ear, eyes, or upper-respiratory tract, and as an anti-infective generally for any of those system.

A lot of beauty products, especially for skin and hair, are made with elder blossoms. Elder has several known and unknown health properties.

They have in general strong antiviral,
immune-enhancing and skin-clearing effect.
In more details elder blossoms: 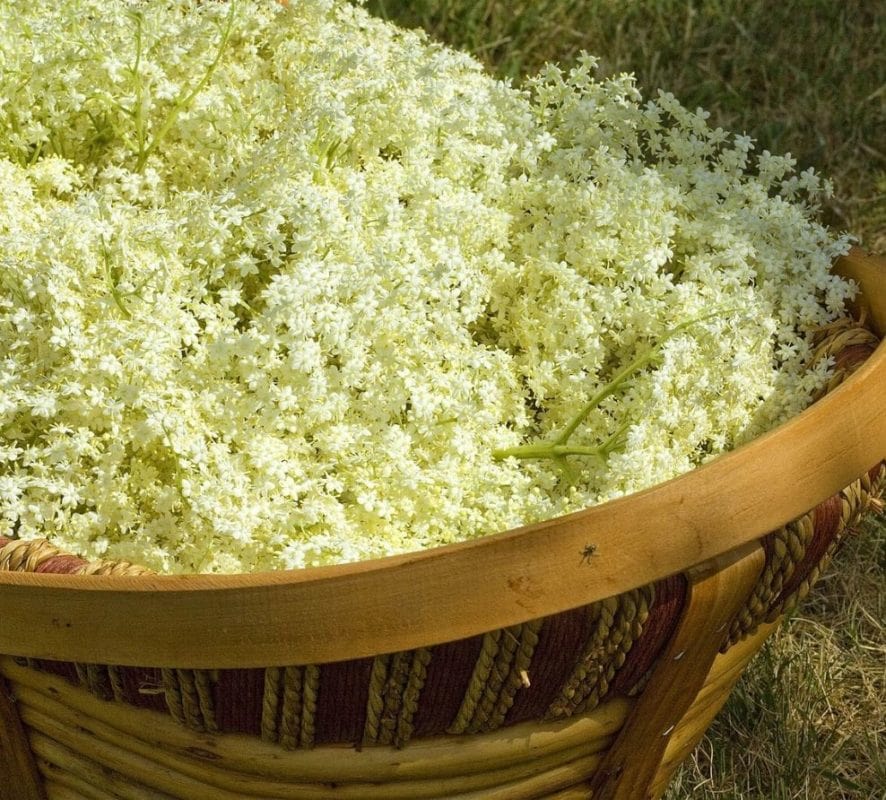 Outside of the skin care, elder flowers are important remedy for conditions such as sinusitis and common allergy symptoms. Elder infusion helps for letting mucus flows freely from the sinuses and for releasing acute congestion of stuffy nose, red eyes and painful ears. Next to infusion, the elder may be used in steam baths for face and head.

When you go foraging: take a pair of sharp scissors and remove flower heads just below where all the small stems meet the main stem – you want as little of the green stem in your recipes as possible. Gather only a few flower heads from each tree so as to allow as many as possible to develop into berries – a crucial late summer food source for birds, mammals and insects.

The elderflower may be used in tea, infused oil, salve, cream, tincture and syrup. Rosalee de la Foret shares a wonderful recipe for an elderflower facial serum in her book “Alchemy of herbs”:
Infuse 1/4 cup(10grams) of dried elderflowers plus 6 grams dried calendula flowers in 1/2 cup of jojoba oil (or almond or grapeseed oil) for 24-48 hours following the slow-cooker method or in a jar on the kitchen counter over 4-5 weeks.
Strain the herbs and add 1teaspoon rosemary antioxidant extract (for conservation) and few drops of lavender oil.
Ready is your lucious serum for rejuvenating skin! It protects skin also from sun damage, but it is not a sunscreen. Use a few drops in the morning and rub on chest, neck, face and any other body part exposed to the sun.

And another small bonus: if you need a quick and easy natural insect-repellent, infuse dried or fresh elder leaves in boiling water and apply the tea to body and/ or clothes, when it has cooled.
Feel free to add few drop of lavender or geranium oil too.

Let me finish this article with the beautiful saying of Susan Marynowski (an American herbalist& teacher): “Elder is shrub and tree, it is flexible and firm, it is medicine and food, and it is both gentle and strong!”.

The DutchHealthStore has in its product array the essential oil of the elderflower, made by LivingLibations 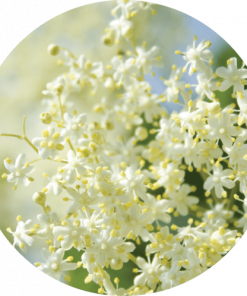